Music is at the heart of the Hawaiian culture. So when Mana‘o Radio learned that Hawaiʻi Ponoʻī Coalition was presenting the first-ever Hawaiian History Month as a celebration of the 182nd birthday of Queen Liliʻuokalani – who was one of the most prolific haku mele, or music composers, of her time – we immediately made plans to commemorate the occasion.

Mana‘o Radio, as part of its mission to honor and share the Hawaiian culture, will be presenting special stories and musical programming featuring Hawaiian musicians throughout the month, including these popular weekly shows:

And be sure to follow Mana‘o Radio on Facebook and Instagram throughout this Hawaiian History Month as we share interesting facts and stories about some of Hawaii’s most treasured musicians and composers from over the decades.

DID YOU KNOW – “Throughout her life, Liliʻuokalani was one of the most prolific haku mele, or music composers of her time. Her talent and love for music was well known throughout the islands and even abroad…Liliʻuokalani regularily noted that the Hawaiian people, were a musical people. Liliʻuokalani’s music was famous for its beautiful melodies but also its incorporation of Kaona, with many meanings sprinkled into her songs, adding depth to those who understood the references.

Among her most famous songs are Aloha ʻOe, Kuʻu Pua i Paoakalani, He Mele Lāhui Hawaiʻi, and the Queens Prayer. These songs continue to stir the hearts of Hawaiians everywhere, and inspire devotion to the Queen even as she has long since passed. Her hope for the future of a restored and independent Hawaiian nation lives on in her music, and through this, in the hearts of every Hawaiian.” – Hawaiʻi Ponoʻī Coalition on their Facebook Page.

Learn more about this first-ever month celebrating the history of Hawaii’s beautiful culture at https://www.hawaiiponoi.info 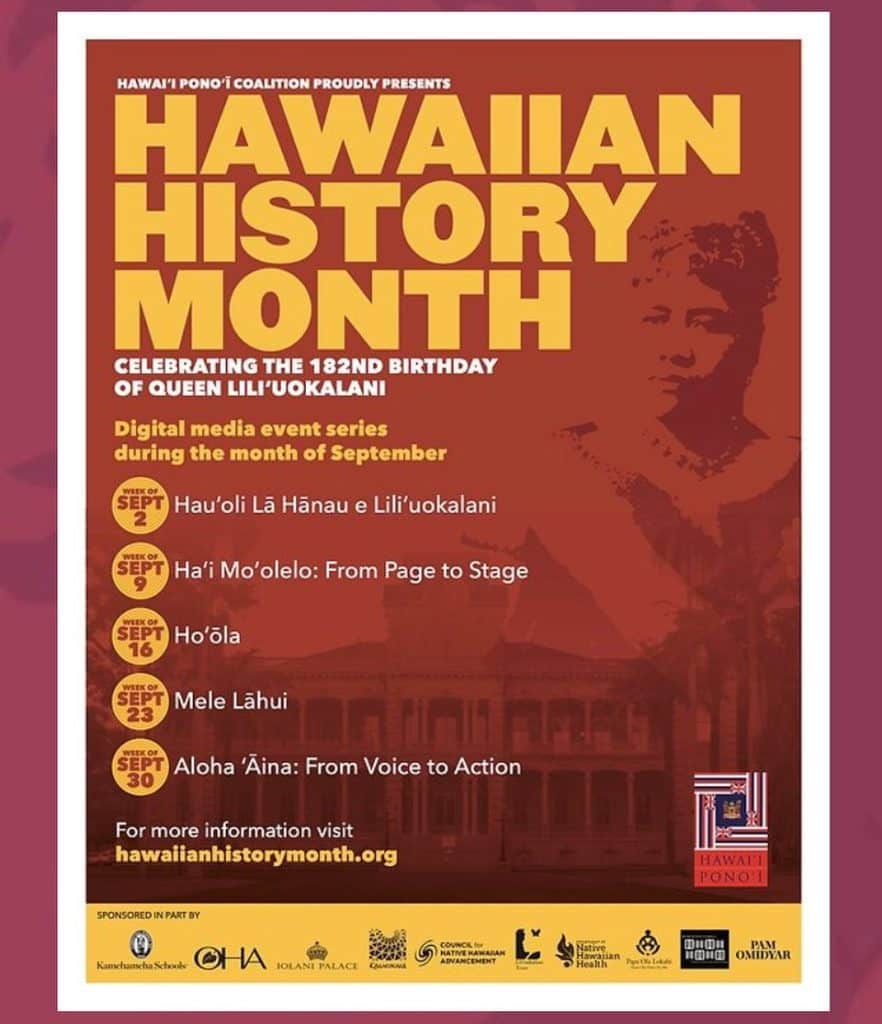