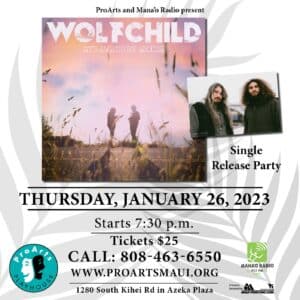 Mana’o Radio welcomes WOLFCHILD as they return to ProArts, celebrating the release of their latest single and bringing the mesmerizing singular sound of brothers Gabriel and Elion.

WOLFCHILD is a Seattle-based Cinematic Folk Rock band with influences ranging from the immersive earthy sounds of Gregory Alan Isakov, Lord Huron, and The Paper Kites to the contemporary experimentation you might expect from Bon Ever, Fleet Foxes, or Andrew Bird.

Details and tickets are available at: www.proartsmaui.com 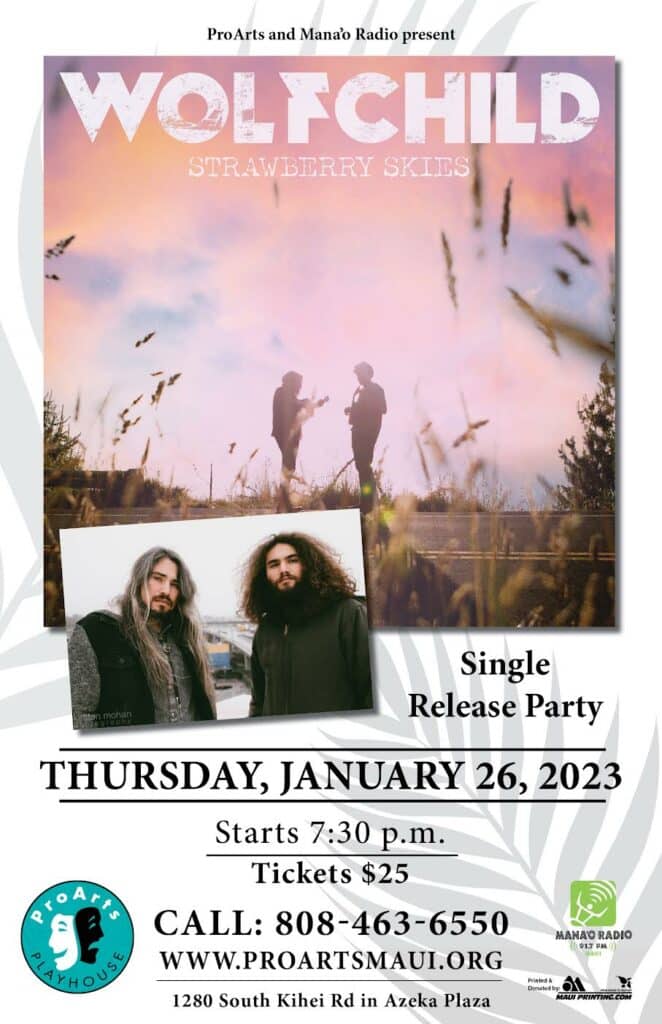