Celebrating the 25th anniversary of his ‘Acoustic Soul’ album

Show Details
★★ JOHN CRUZ ★★
— Acoustic Soul – 25th Anniversary Concerts —
ProArts Maui – Kīhei, HI
*Wednesday – June 22
All Shows: 7:30pm
Tickets: https://bit.ly/jc_maui-now
Manaʻo Radio Presents
★ ACOUSTIC SOUL – 25TH ANNIVERSARY CONCERTS ★
On Wednesday, June 22, John Cruz takes the stage at ProArts Maui for the final time to celebrate the 25th anniversary of the release of his iconic album, ‘Acoustic Soul.’ John will play every song on the album – bringing the record and era to life with stories and special, musical guests.
Join us for a once-in-a-lifetime opportunity to revel in the soulful energy of one of the best selling Hawaiʻi albums of all-time and the artist who created it. ‘Island Style,’ ‘Shine On,’ ‘Sitting In Limbo’ and many more favorites – Hawaiʻi anthems and the soundtrack to so many of our lives, the songs and memories await.
“A new experience after all these years! Playing every song from ‘Acoustic Soul’ at one concert for the first time ever,” shares John. “This album changed my life and the late ‘90s were chock full of amazing, joyfilled times. Looking forward to marking 25 years since the album’s release – singing these songs and reconnecting with friends and fans. So happy and lucky to be able to do this tour now.”
SET LIST
John will play each song from ‘Acoustic Soul’ interspersed with additional, heartfelt compositions spanning his entire career.
ACOUSTIC SOUL
Island Style
Shine On
Sitting in Limbo
Mama’s Lil’ Baby
The Way We Used To Do
Impossible Anna
Sittin’ Around
Kawailehua‘a‘alakahonua
The River Runs
Kahala Moon
ACOUSTIC SOUL CONTEST
Everyone who attends a John Cruz ‘Acoustic Soul – 25th Anniversary Concert’ is eligible to win a free, at-home John Cruz Acoustic Soul concert anywhere in Hawaii. Additional prizes provided by Noa Noa Hawaii and OluKai. For entry and prize details, visit: johncruz.com/acousticsoul/ 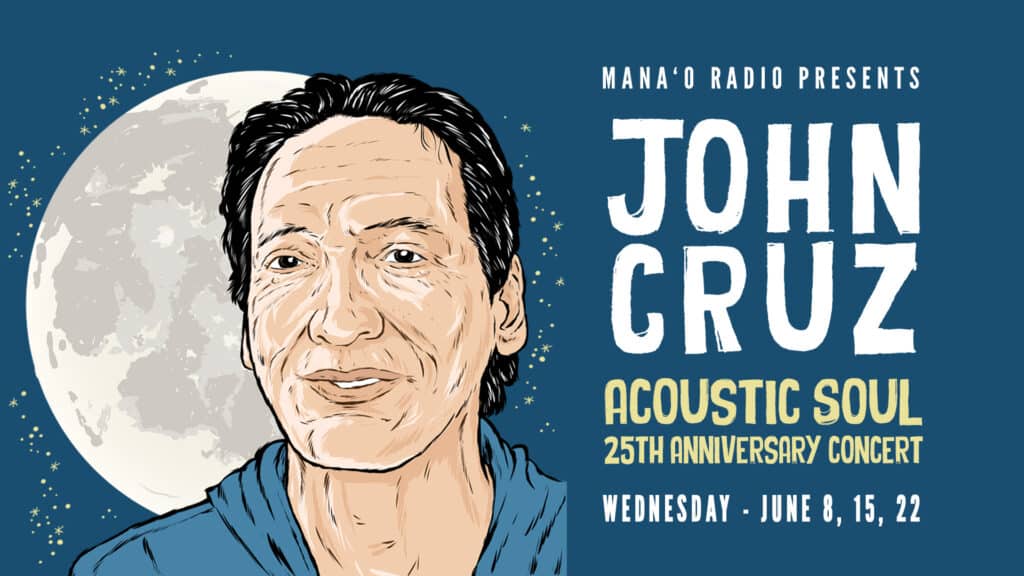